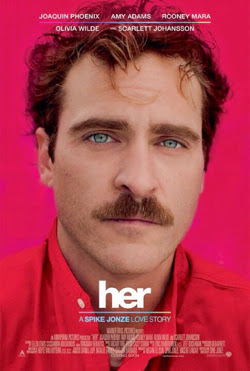 A unique and interesting film. Set slightly in the future (far enough to make it futuristic but not far enough so you can't relate to it) and it's a story about a guy who's a bit down in the dumps and lonely.

The futuristic AI part of the film is almost irrelevant as the undertones to the story are about Theodore seeking companionship, but it's always nice to the the future in movies.

Joaquin Phoenix who plays Theodore is a brilliant actor who's character reminded me of a slightly less nerdy Leonard Hofstadter from The Big Bang Theory.

In short, guy falls in love with Siri and she dumps him. 4/5