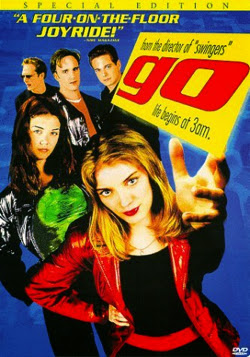 I first watched Go back in 1999 in the cinema and it brings back great memories of the of a simpler time.

Go was groundbreaking at the time with a new concept of film where the same story was shown from different peoples perspective.

P.S. I've still got the VHS original of the film