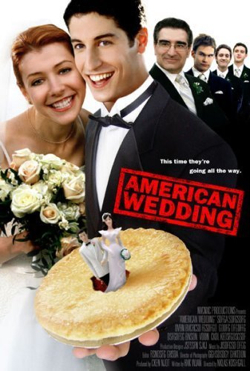 "Dude, how the hell do you even think you're getting married? I've been looking out for your sex life since high school."

In the true nature of American Pie this film is great, full of one liners and great comedy moments. The film wouldn't be the same without The Stiffmisters crazy antics. 3/5 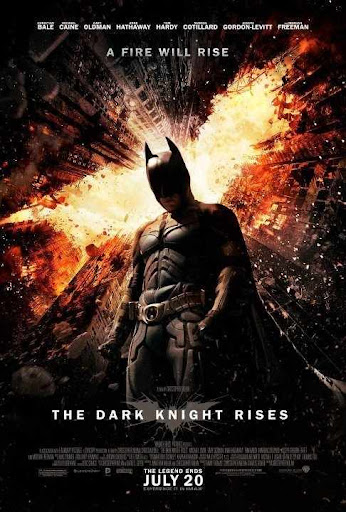 I'm finding it hard to believe that's it's been 4 years since The Dark Knight was first released back in 2008, where has the time gone? it feels like The Dark Knight Rises has snook up upon me and I am grateful enough to be able to have watched it in the Cinema.  This is defiantly a film to watch in the cinema, it's visually stunning and the attention to detail is immense (I was half expecting to see an NYPD police car somewhere in the background). Gotham City is quite obviously set in Manhattan with other scenes set around America.

I have mixed feelings about The Dark Knight Rises and I really wanted it to be better than the previous 2 instalments but it's quite clear that The Dark Knight is marginally a better film, not saying that Rises isn't a good film I just didn't connect to Rises as much as I did with The Dark Knight.

Bane is a great villain, he was perfect as Batman's enemy even though I couldn't understand a single word he said.  I can't help wonder if Batman was up against Bane when Batman was in his badass kickass phase, would Bane even have stood a chance? I don't think he would as Batman would have just taken him out, Boom! (Which would have made a pretty short film!)

The film was more of a journey for Bruce Wayne starting as a helpless man with health problems and morning the loss of Rachel taking us through to his epic return as Batman.

It's very difficult to give this film a 5/5 as Banes' voice spoiled it for me, it got quite irritating after a while and I found myself concentrating even harder just to make out what he was saying.  It even reminded me of KARR's voice in the original Knight Rider series. This is the first time I've given a film 4.5/5
Tweet
Labels: 2012, 4/5, Cinema By: Sukhwant Lota
Labels: 2012, 4/5, Cinema By: Sukhwant Lota 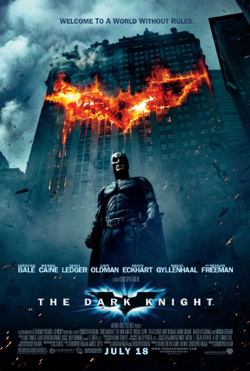 "This town deserves a better class of criminal and I'm going to give it to them!"

Fantastic film, where did the last 2 hours 30 minutes go? The story, the actors and the tech makes this film what it is along with scenes like when the Bat-mobile turned into the Bat-bike totally set this film apart from the rest. 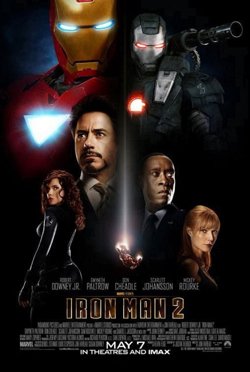 "Can't this wait? I'm fending off a Hammer-oid attack!"

Robert Downey Jr steals the show and is excellent as Iron Man. Part 2 has however had mixed reviews but I've always loved this film, In all fairness I'm going to like it regardless of what the critics say.

I think that Jon Favreau did an excellent job directing but I have the feeling that Downey Jr is himself most of the time. I've never really been a big fan of Micky Rourke but it kinda works with him being a psycho Russian. 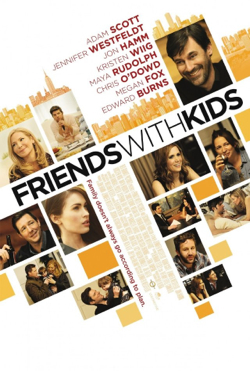 Chick flick. Was alright I suppose, Donald Draper was quite funny and it was interesting to see him in another role. 2/5 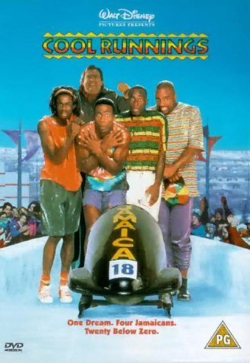 It's crazy, wacky but who'd have thought that Jamaica could have a Bobsled team.

John Candy is great as usual even if only ever plays himself in every film he's ever been in.

It's also great that they have incorporated the the actual footage of the final race. 3/5 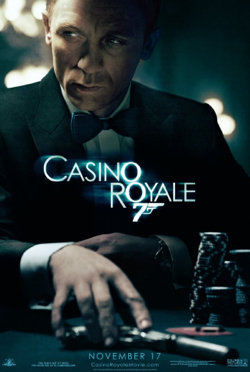 Right from the opening scenes the premise for the new style James bond has been set. They've taken things back to basics I mean how could you beat an Invisible Aston Martin? Flying car maybe.

It starts at the beginning of James Bond's 007 Career where James actually got into a fight, as if James would get his Savile Row suit dirty!

The film is what you would expect from a Bond film, plenty of action, adventure, some great comedy moments, awesome technology, beautiful women, cars, guns and epic explosions.

Die another day will always be my favourite Bond film but damn, this is pretty close. 5/5 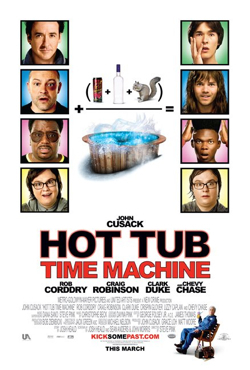 "Excuse me miss, what colour is Michael Jackson?" "White" "Arrrrrgggghhhhh"

Its a Hot Tub and its a Time Machine. Epic. Funnier than I remember and filled with great one liners and comic moments. The cast is great and the story is perfect. 4/5 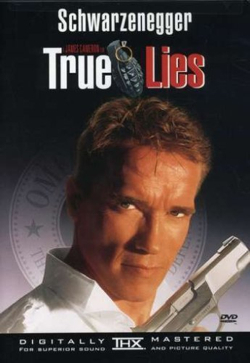 "Have you even killed anyone?" "Yeah, but they were all bad"

This film has it all, the perfect mix of Action, Adventure, Cheesy Comedy and Romance with a bit of terrorism thrown in for good measure. Art Malik never fails to deliver as a physco terrorist which even reminds me of the recent Homeland series.

Curtis and Schwarzenegger work great together and I've only just realised there's a young Eliza Dushku as Dana Tasker. It's also impossible to look at Tia Carrere without singing Ballroom Blitz, damn you Wayne, damn you. 5/5 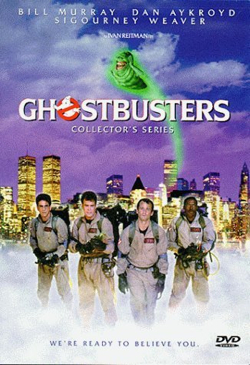 "Tell him about the Twinky"

This is actually the first time I've watched this film properly. I mean I've seen it on tv countless times and see the ending hundreds of times but never actually sat through the whole film. I don't actually know how it passed me by.

Murray, Aykroyd and Ramis work well together providing a great mix of humour and geekyness. The Special FX are not bad considering the age of the film but some parts are obviously dated.

Overall it's a great iconic 80s film which I really hope doesn't get remade anytime soon. 4/5 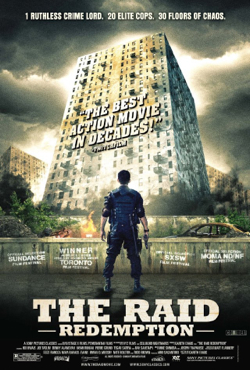 Absolutely Epic. Fantastic film, Fantastic Cinematography and fantastic Martial Arts. Loved it. There's something about watching film with subtitles that I enjoy, I get totally engrossed in the film and don't want to look away. 5/5 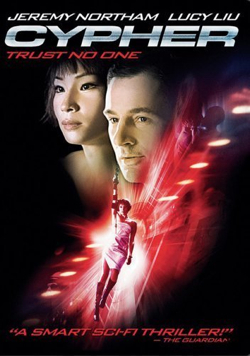 "Are you planning a vacation, Mr Sullivan?"

I love films like these where you get the feeling of mystery combined with the feeling of something just isn't right. Great film with a nice twist at the end. 4/5 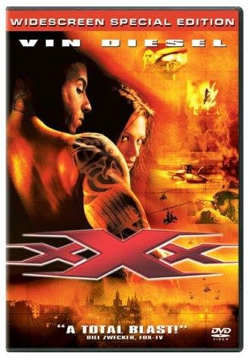 Over the top, cars, bikes, guns, women, fake accents, shit bomb detonators and money, not necessarily in that order. It's got everything that it needs to be a good movie, but it isn't 2/5 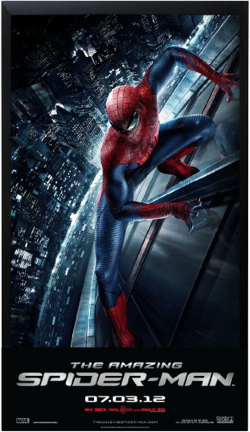 This is a strange one to review as I'm a huge fan of the Toby Maguire franchise. The film is perfect, Action, Excitement and Adventure I even found myself getting emotional towards the end as the whole city was supporting Spider-Man. The Story is quite different from the original, Peter is a photographer but no mention of The Daily Bugle, I really missed seeing the Flat Iron building as Bugle HQ.

Martin Sheen and Sally Field were great as Uncle Ben and Aunt May and it was nice to see a bit of a back story regarding Peters parents.

This film is most definitely 5/5