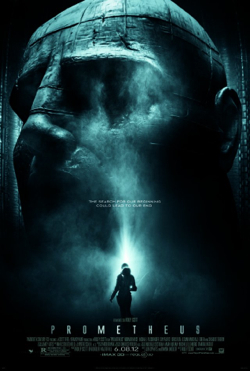 It's been a while since I've watched a film let alone reviewed one. I thought that Prometheus was a good film to start it off.

Since Prometheus was announced I've had no real desire to watch it, I mean I knew I will watch it but just not fussed about seeing it in the cinema as I'm not really a huge fan of Ridley Scott (I've never seen Aliens).

The film is well creepy! The humanoid aliens are awesome and the story is alright. It's a good film but not really my cup of tea.

I loved Idris Elba even with his dodgy American accent! 4/5