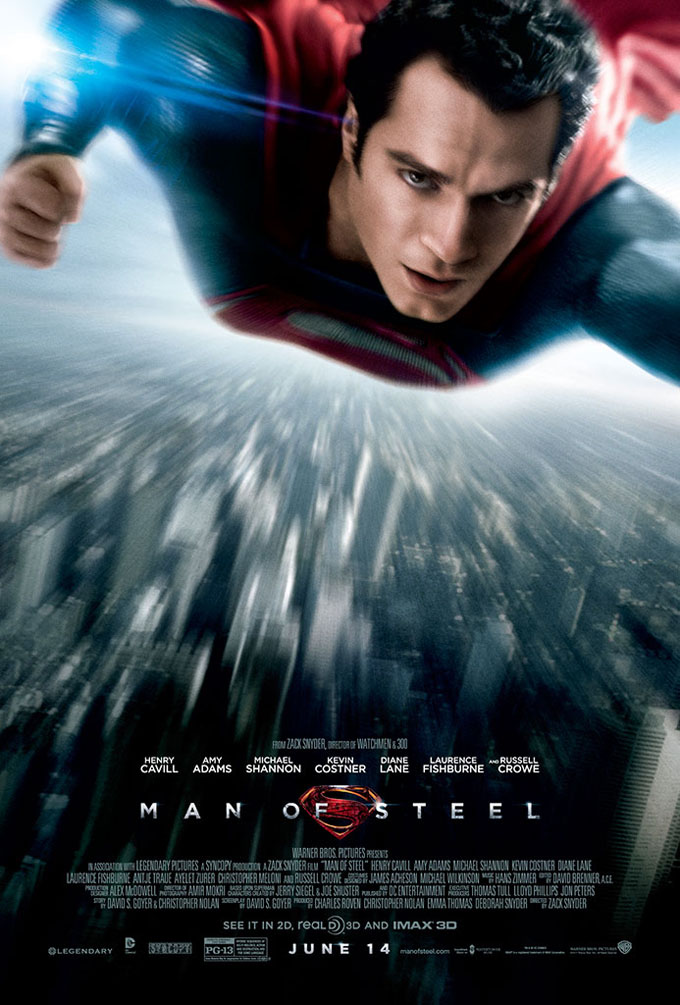 Wow, I didn't really know what to expect with Zack Snyder's rendition of Superman but I didn't expect this...  it's simply put it... superb!

Right from the get go, it's action action action.  The story is different and they have obviously changed quite a few things compared to the Christopher Reeve films.  They have removed the emphasis from the surrounding characters and concentrated solely on the story behind Kal El and General Zod.

I loved the opening sequence in Krypton which was reminiscent of a Matrix/Avatar world with the Pods and flying creatures.

The fight scenes were awesome with both Metropolis and Smallville getting totally trashed!  I especially loved the style of fighting between Kal El and Faora which brought back memories of Equilibrium's Gun Kata, sweet!