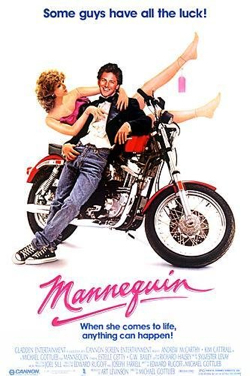 It's an odd one is Mannequin, if I review it objectively I would probably give it a 2/5 or 3/5 but there's something about the film that I love. It's one of those films that's become my guilty pleasure. It brings back great childhood memories and I suppose it's more of a sentimental value to me rather than a testament to the film itself.

Regardless, I think it's got a great cast, awesomely 80s soundtrack, a unique storyline which is what the 80s were famous for, sure the film hasn't dated well but that's part of the charm. love it - probably a bit too much 5/5